CatholicAnchor.org
Fifty years ago, Church Fathers at the Second Vatican Council restored the ancient office of the permanent diaconate and allowed married men to be ordained as permanent deacons in the Catholic Church. All these years later, deacons are now an integral part of modern parish life, serving as lifelines for many busy priests who sometimes struggle to meet the diverse needs of their parishes.

Deacons can be married or single. Most — 98 percent — have spouses. These wives play a special and critical role in this rapidly growing ministry.

According to Deacon Mick Fornelli, director of deacon formation for the Anchorage Archdiocese, the intimacy derived from the marriage covenant between man and wife is so important that the church requires a wife’s consent before her husband can be formed and ultimately ordained a permanent deacon.

Deacon Mick Adler, who was ordained a deacon earlier this year, said the decision to pursue the diaconate centers on holy matrimony itself.

“As we are one in the sacrament of marriage a man can’t answer this call without his wife,” Deacon Adler said. “In fact they must be called together for it to be a true calling. In today’s culture, it’s especially evident that it’s all about ‘me’ and not ‘us’. In the sacrament of marriage, it’s about saying ‘yes’ to God that we are united together as a couple with God.”

Deacons are busy people. They can and often do proclaim the Gospel at Mass, give homilies, assist the priest at Mass, baptize, lead funeral services and preside at marriages. They also join in charitable, social justice and community efforts and try to get fellow Catholics involved in ministry. These responsibilities require long hours, so how do the wives fit in?

“Kurt and I teach monthly baptism classes when we don’t have conflicts,” she explained. “We also collaborate on talks given for the Rite of Christian Initiation for Adults and we give a short talk on marriage at the Alaska Catholic Youth Conference.”

Some couples are involved with Engaged Encounter or Marriage Encounter.

“There are many ministries a couple can do together if they wish,” Joan Adler noted.

Michelle Fornelli, Deacon Fornelli’s wife, said she supports her husband’s call to “work with God’s people” by supporting the family financially. A doctor of audiology, she works long hours and travels often, enabling Deacon Fornelli to work as a deacon full-time.

“At first, I tried to do everything with him,” Michelle Fornelli recalled. “But I needed to find a balance, and don’t do as much now. There is no one right way to do it, and each couple needs to figure it out on their own.”

Eli Woodvine, wife of Deacon Kevin Woodvine at Our Lady of the Angels in Kenai, agreed that no hard and fast rules exist for how much deacons’ wives share in their husband’s ministry.

“It is a personal choice or call,” she said. “For example, my ministries are not necessarily the same as another deacon’s wife or my husband’s. I am a lector, sacristan, extraordinary minister of Holy Communion, catechist, involved with RCIA and the youth. But I do support Deacon Kevin in several ways; some of our ministries are the same or they support each other, like the youth and RCIA. When I can, I do morning and evening prayers with him. Also, Deacon Kevin will practice his homilies and ask me for criticism or feedback. Sometimes, if he needs help with his ministries and I am available, I will help.”

Lee Corrigan, wife of Deacon Walter Corrigan at Sacred Heart in Seward, supports her husband’s work by pouring time and energy into the life of the parish.

“He has his ministry and I have mine,” Lee Corrigan noted.

She is responsible for much of the parish’s hospitality, including coffee and donuts and social hours. Deacon Corrigan assists at the altar six times a week; his wife said the only time he has joined her in the pews since becoming a deacon nearly 16 years ago was during recovery from shoulder surgery.

Trish Stowe is Deacon Dan Stowe’s wife at St. Francis Xavier in Valdez. An enthusiastic supporter of her husband’s work, she said the best heads-up she received when he began pursuing the diaconate was that she would rarely sit with him again in the pews during Mass.

“It took me a while to get used to,” she said, “because you don’t realize until then how much you enjoy each other’s company during Mass.”

Still, Trish Stowe says their ministries complement each other.

“We didn’t have a priest in residence for some time in Valdez, so it was up to us to nourish the parish,” she said. “Deacon Dan and I continue to do so by doing RCIA, baptism and marriage prep, and welcoming parishioners who come and go from Valdez, which tends to be transitory because of the types of careers available here.”

Deacon Maguire, whose wife Agnes is spouse of the Anchorage Archdiocese’s first married deacon, said despite all the demands and sacrifice, sharing his diaconate experience has been a blessing for both of them.

“At the parish (Saint Patrick’s in Anchorage), she is not as well-known and sometimes is referred to as ‘Deacon Felix’s wife,’” Deacon Maguire said, before noting, “In her 30-year ministry at Providence Extended Care, she is a well-known volunteer and I am referred to as ‘Agnes’ husband’. She has her own identity and does not live in her husband’s shadow. I live in hers sometimes.”

Experience has shown that many wives find their own Catholic faith enriched by the journey in becoming a deacon’s wife, even if they had doubts at first.

“I was reluctant at first to even explore the possibility of Kurt becoming a deacon, but after wrestling with God I finally said ‘yes’ to at least giving it a chance,” Joan Adler said. “It has changed us both in such a profound way I can honestly say that it has been one of the best things that has ever happened in our life.”

“The five years of formation were a great way for my own Catholic faith to grow and enhance,” she noted. “I am grateful and blessed I was able to make the (diaconate) classes and journey with my husband through the formation years.” 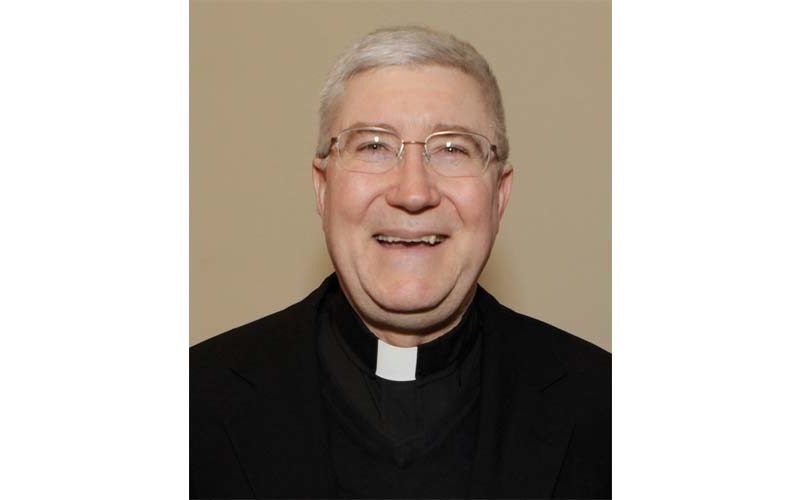 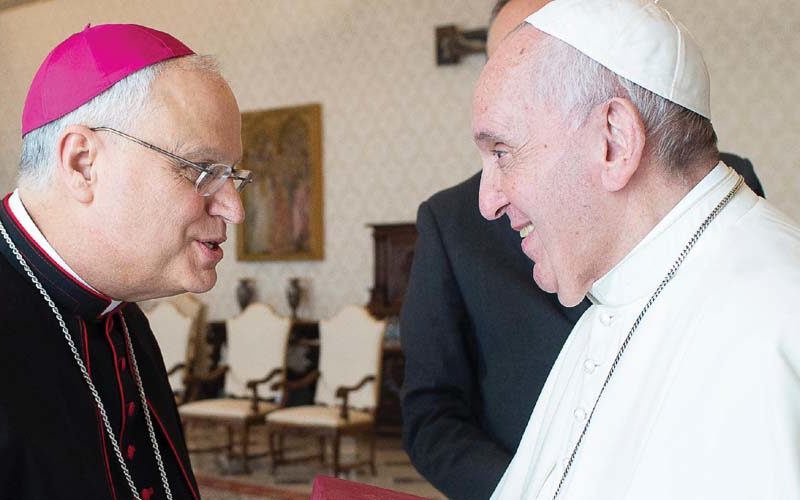